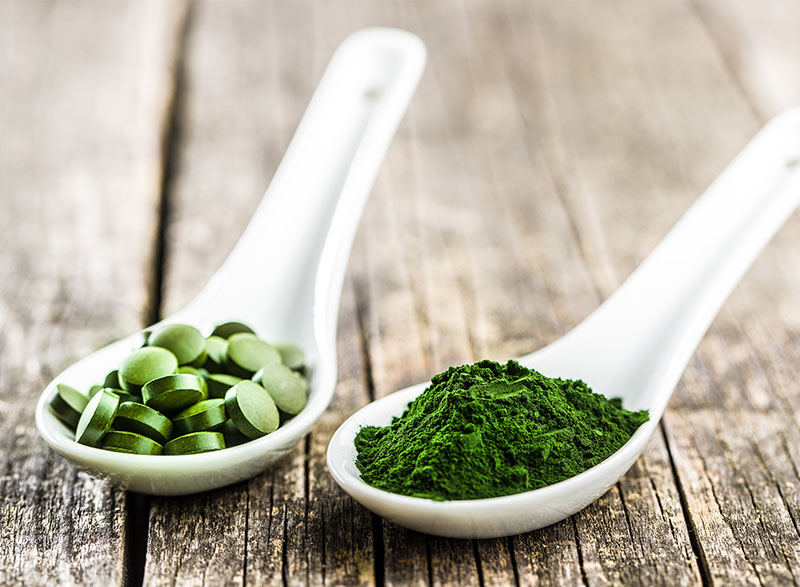 25 Mar The future is green

An algae bioreactor is used for cultivating micro or macro algae. Algae may be cultivated for the purposes of biomass production (as in a seaweed cultivator), wastewater treatment, CO2 fixation, or aquarium/pond filtration in the form of an algae scrubber. Algae bioreactors vary widely in design, falling broadly into two categories: open reactors and enclosed reactors. Open reactors are exposed to the atmosphere while enclosed reactors, also commonly called photobioreactors, are isolated to varying extent from the atmosphere. Specifically, algae bioreactors can be used to produce fuels such as biodiesel and bioethanol, to generate animal feed, or to reduce pollutants such as NOx and CO2 in flue gases of power plants. Fundamentally, this kind of bioreactor is based on the photosynthetic reaction which is performed by the chlorophyll-containing algae itself using dissolved carbon dioxide and sunlight energy. The carbon dioxide is dispersed into the reactor fluid to make it accessible for the algae. The bioreactor has to be made out of transparent material.

The algae are photoautotroph organisms which perform oxygenic photosynthesis.

Estimated by scientists there are more than 400000 different forms of algae living in our oceans, lakes and overall on moist surfaces. One can divide those photosynthetic organisms into two larger groups: The unicellular microalgae such as diatoms and Chlorella and the multicellular forms with structures similar to leaves, stalks and roots, e.g. kelp and seaweeds.

The cultivation of those plants holds great potential for future use. Microalgae are known for their fast forming of biomass, using only the energy of sunlight, carbon dioxide and water. Their demands on the environment are very little and therefore they are able to grow in places where other plants would decay. 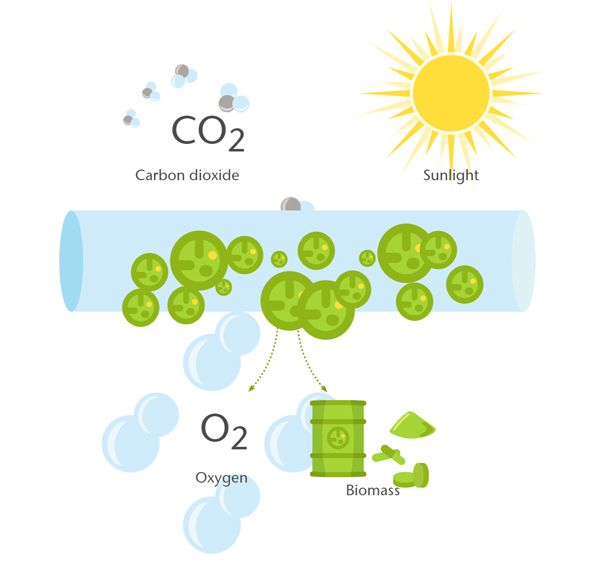 The use of algae is versatile. First of all they contain a lot of nutrients such as fibre, omega 3 fatty acids, vitamins, protein and minerals. That is why they provide the perfect base for the production of food and supplements, animal feed and natural pigments. Furthermore algae can be used in the cosmetic and pharmaceutical industry.

We from EXCIF want to support environment friendly and sustainable projects by investing into the production of algae greenhouses and the processing of algae – a plant with future.

Recycling used tires
We use cookies on our website to give you the most relevant experience by remembering your preferences and repeat visits. By clicking “Accept”, you consent to the use of ALL the cookies.
Cookie settingsAKZEPTIEREN
Manage consent

This website uses cookies to improve your experience while you navigate through the website. Out of these, the cookies that are categorized as necessary are stored on your browser as they are essential for the working of basic functionalities of the website. We also use third-party cookies that help us analyze and understand how you use this website. These cookies will be stored in your browser only with your consent. You also have the option to opt-out of these cookies. But opting out of some of these cookies may affect your browsing experience.
Necessary immer aktiv

Performance cookies are used to understand and analyze the key performance indexes of the website which helps in delivering a better user experience for the visitors.

Analytical cookies are used to understand how visitors interact with the website. These cookies help provide information on metrics the number of visitors, bounce rate, traffic source, etc.

Advertisement cookies are used to provide visitors with relevant ads and marketing campaigns. These cookies track visitors across websites and collect information to provide customized ads.

Other uncategorized cookies are those that are being analyzed and have not been classified into a category as yet.